Born in Translyvania, now Hungary, in 1919 and raised in New York City, Dr. Mark moved to Livingston in 1954. He was a U.S. Army veteran in World War II, serving with the 106th Infantry Division.  Although he avoided being killed in action, Dr. Mark was among the many Americans taken prisoner by the German military. During the Battle of the Bulge, Dr. Mark was held as a POW, and later at the German concentration camp, Berga. A concentration camp where German forces sent enemy soldiers who were suspected of being of Jewish descent. He survived, and was awarded the Purple Heart and, later, the Bronze Star in 2009 after the story of the GIs at Berga was investigated by CNN.


When asked last year by his grandson, Etan, how he had come into possession of the pistol, Grandpa Joe responded soberly and frankly, "I had a knife, and the other guy didn't."


As one of the few long living survivors of Berga, he has been featured in several books and documentaries, including:
http://www.amazon.com/Given-Up-Dead-American-Concentration/dp/0813342880


The gun has since been disposed of in parts. 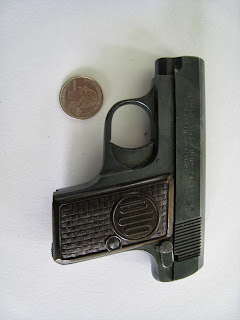 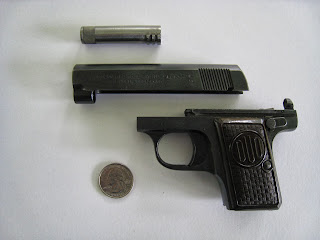 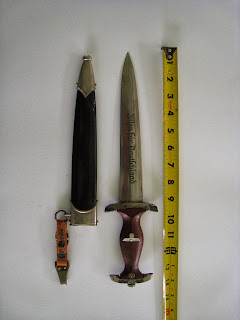 Except where otherwise noted, content on this site is licensed under a Creative Commons Attribution-NonCommercial-NoDerivs 3.0 Unported License.